The game starts with newspapers being thrown about the assassination of the French Prime Minister. That started the war since the Germans rejected the French ultimatum. After the newspapers show up, the intro shows some pictures about the war so far, one of a tank, one of some soldiers in a gas attack and another of a plane. Also, pictures of a Tank and Soldiers with gas masks are shown. After that, you start in what is probably the house of Kara. She receives a telegram by what is later known as the Intelligence Agency General Headquarters or the IAGH. She now needs to work on the case called: The Princess of Burgundy. The IAGH lost contact with field agents investigating the missing 96 scientists who went missing after the conference Knowledge for Victory, plus one philosopher from Heidelberg University. During the last year, Germans deployed new weapons on the western front. The IAGH suspects the Germans are behind it. One of the objectives was Von Toten, you (playing Kara) needs to search him. And find exactly what he is up to.

Kara is deployed by The Driver in the garden of the house at night. With garden scissors, she disabled the defense system and breaks into the House. She discovers that Von Toten had a butler. A lot of steampunk machines and boilers are in the mansion. Kara, eventually finds the office of von Toten, via the library where von Toten has a lot of patriotic books. She discovers some plans, a page from his diary, and an unrecognized object later known as helium. She finds out that behind the painting of Von Toten, a secret lab is based with pictures of a Horten Plane. By the security system, she looks herself up. She managed to escape to some basement. The game ends there. Her goals have not been achieves she has been assigned to, and she is now trapped in a yet unknown sewer system. 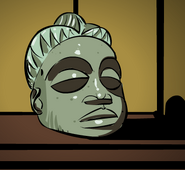 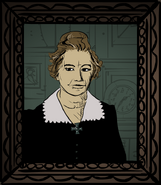 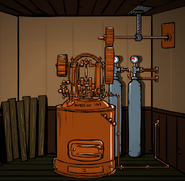 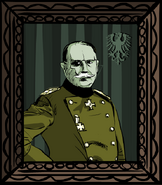 Add a photo to this gallery
Retrieved from "https://covertfront.fandom.com/wiki/Covert_Front_Episode_1?oldid=6584"
Community content is available under CC-BY-SA unless otherwise noted.