The Covert Front Episode 3: Night in Zürich is the third episode of the Covert Front Series (You can download and play the game for free here). This is the first episode divided into several parts.

In this episode Kara went to Zürich, Switzerland to find Karl von Toten. She finds out she is being spied on in the railway station. She escaped via the toilet to end up in a hotel. However, after being caught by the KIS, after escaping, she ended up going to Lisbon, Portugal in a German airplane at the end of the game.

You start off in a train with Kara reading a book. Credits are later in the screen, with an outside shot of the train. The intro ends with the train riding towards Zurich and entering the city.

Kara got a note after finishing Princess of Burgundy telling her to travel to Zurich. Kara took the train and got to the railway station at nightfall. When she got off her train, she took a newspaper from her Zurich contact, which contained 50 Franks and a document. After buying a ticket from the ticket booth, she got to the lounge and took her new data from the locker 102. She was going to use the door but realized she was being followed, so she escaped from the bathroom window, and headed to Hotel Altstadt.

Agent Kara visited the hotel and asked for Room 13, but was told by the receptionist that such a room does not exist in the hotel or any other hotel in Zurich for that matter. The receptionist recommended rooms 12 and 14, which were both available and Kara booked the room 14. She found a peculiar set of numbers between the bible and decided to dial them into the telephone. This opened a secret door to room 13. In there Kara received instructions to search Zurich Hauptbibliothek for a disappeared agent.

Kara breaks into the building. She uses a newspaper to break the window and to unlock the door. She needs to search for the missing agent. She finds out that the missing agent left a clue in Isaac Newtons's biography. It was a newspaper from the conference in Zurich a few years ago. It leads toward Kara recognizing the star symbol in the paper on the suitcase of von Toten. It is also displayed in the hall. After that, she was beaten captured by Manfred his troops.

Kara is locked up in a prison cell of Manfred. After a while, Kara gives in and talks to Manfred, as seen on the dialogues page. After that Kara got a note from a double spy with information about a nearby airfield. She managed to knock down a soldier and escapes from the prison.

After escaping from the prison, agent Kara steals one of Manfred's planes, to fly to Lisbon to search Von Toten. But after all. This was exactly Manfred his plan is as revealed in the end card. 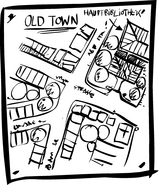 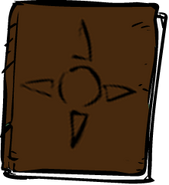 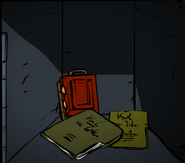 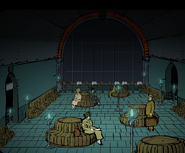 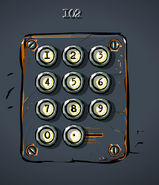 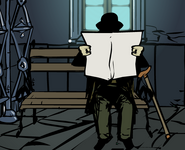 Add a photo to this gallery
Retrieved from "https://covertfront.fandom.com/wiki/Covert_Front_Episode_3?oldid=6757"
Community content is available under CC-BY-SA unless otherwise noted.